play
Update Required To play the media you will need to either update your browser to a recent version or update your Flash plugin.
Special! 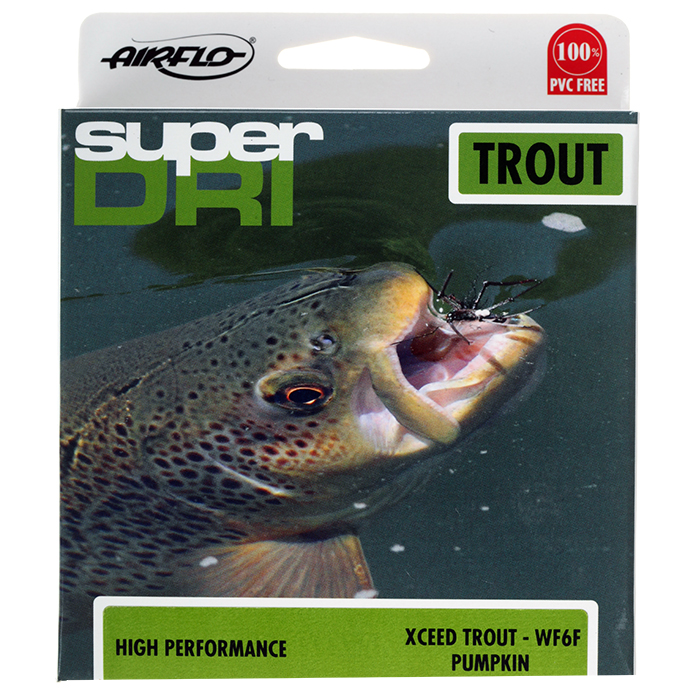 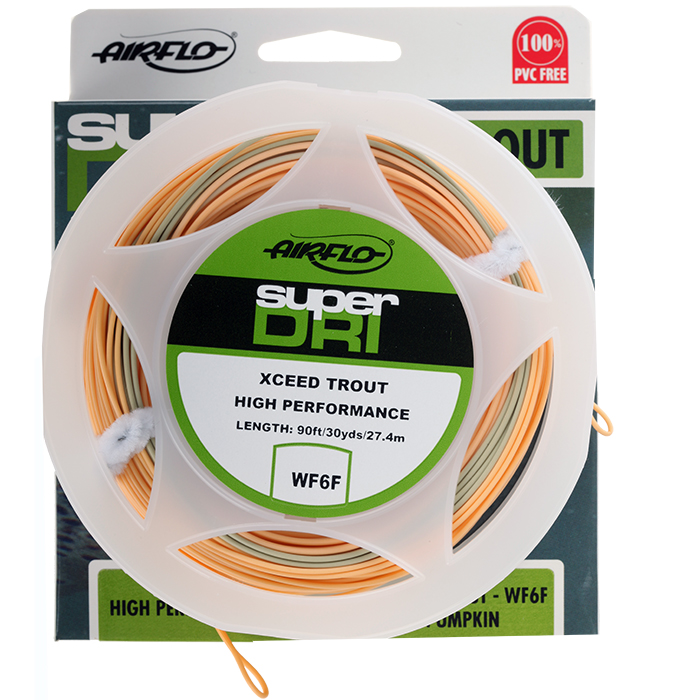 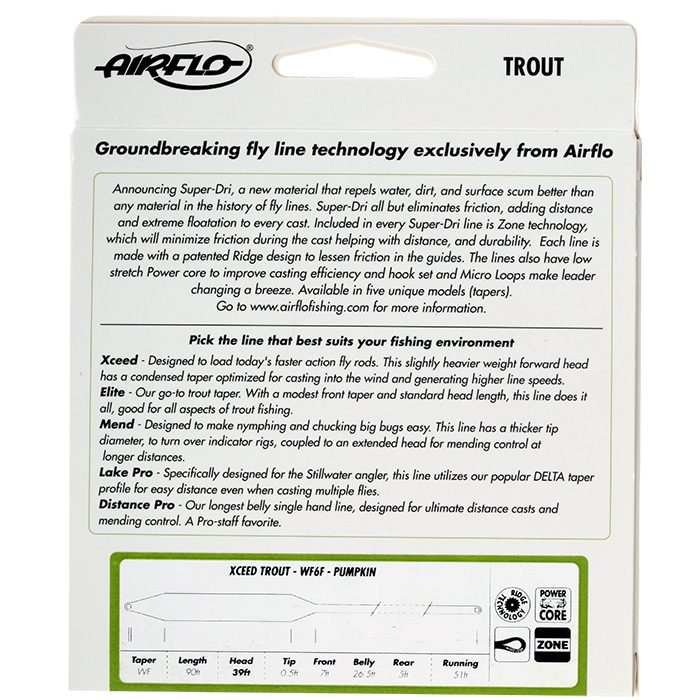 Introducing Airflo’s groundbreaking Technology with the SuperDri Xceed fly line! The SuperDri technology has been developed for the serious floating line angler, featuring a friction reducing coating which lets the line glide through the rod rod rings and adds yards to your cast. The SuperDri’s coating gives you unparalleled floatation with the ability to repel water, dirt and surface scum better than any material in the history of fly lines.

Another new feature of the SuperDri range from Airflo is ’Zone Technology’, a new concept that uses a low compression compound in the part of the line exposed to the most stress, ensuring the line doesn’t stick to the rod guides when hauling and shooting. This new line technology will minimize friction during the cast, helping with distance and extending the life of your floating line. Coupled with Airflo’s revolutionary ridge and power core, you will notice the difference from your very first cast.

The SuperDri Xceed has been designed to load today’s faster action fly rods. This slightly heavier weight forward head has a condensed taper optimized for casting into the wind and generating higher line speeds. This is the best floating line whether your fishing dries or subsurface.