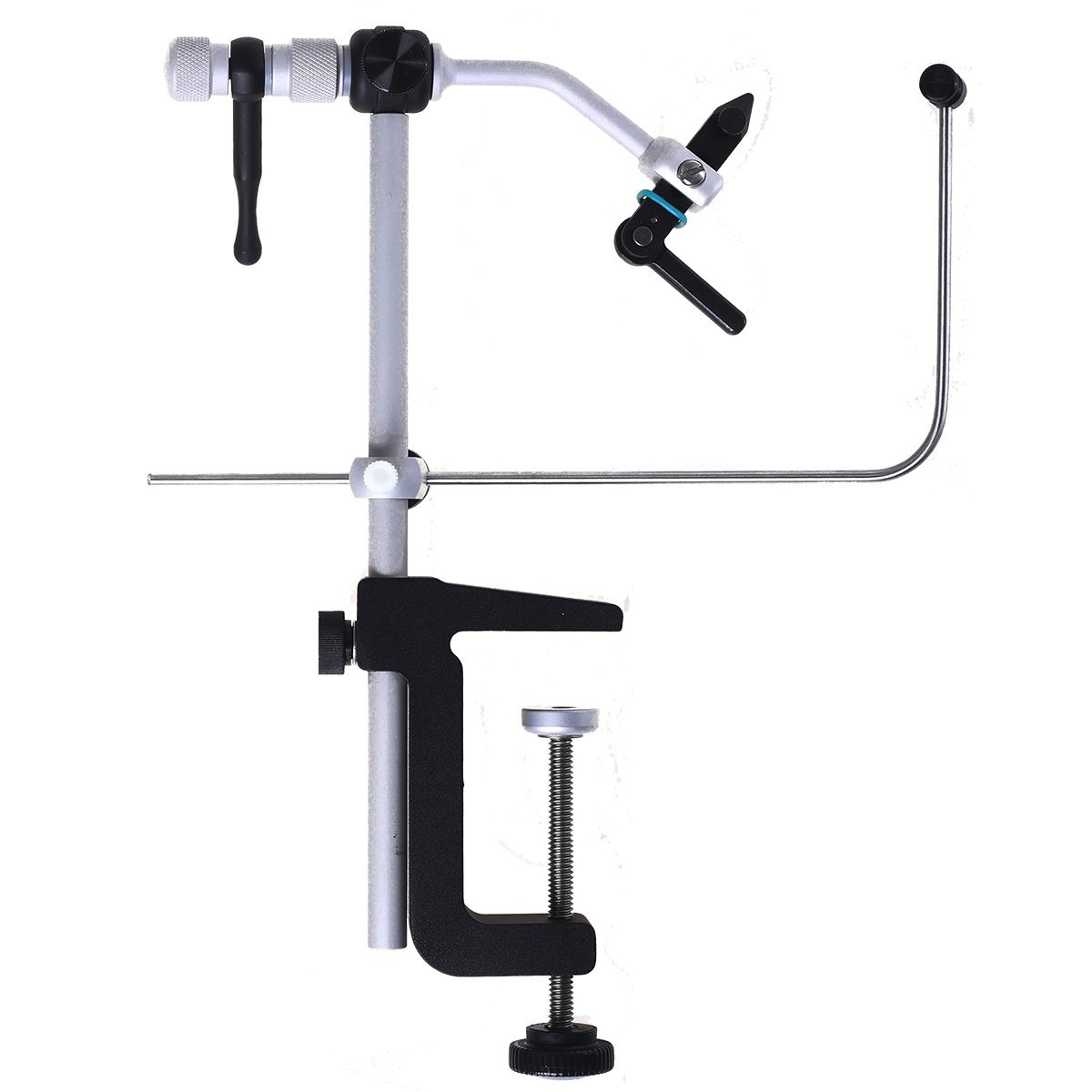 The Traveler True Rotary Vise was first introduced in 1988. Since then, it has become the most popular vise in the world. It offers the True Rotary feature Renzetti Inc is known for, as well as portability, unquestionable hook holding power and an affordable price. The T2000 Traveler Series Vise, as it was called back then, has gone through some major changes. From a Traveler Non-Cam Jaw to a Traveler Series with Cam Jaw. But it was not until almost 20 years later that the most dramatic change took place when the Traveler 2200 Series Vises was introduced. Now many will ask, what is the difference? Both vises have the portability, True Rotary feature Renzetti is known for, and unquestionable hook holding power and range. The difference is the finish. The Traveler 2000 is the original Traveler introduced in 1988. The newer Traveler 2200 Series is anodized. Our tyers still wanted more, and the Traveler 2300 Series was introduced in 2012 as a result of the introduction of the Special Edition Master.

The Traveler Series, regardless if its the 2000 Series, 2200 Series or the 2300 Series, offers the great features of True Rotary Vise. A larger black powder coated pedestal base (5” x 5”) with a 7″ stem, or a black powder-coated C-clamp with 8” stem. A cam jaw with the strongest hook holding power in the industry. A bobbin cradle, and yes, made in the USA. There are many options and accessories you can add to the Traveler Series making it very versatile for the fly tyer who wants a vise that will do it all.
Renzetti Traveler C -Clamp Vise Right Handed in stock - Shipping 24h. Tomorrow you can enjoy the purchased goods. Check the category: Fly Fishing Shop > Fly Tying Tools > Fly Tying Vices . Great Brands and Best Prices - Fly Fishing Shop Taimen
more...